Relax in our Resort

Calapetra Resort is located in Fontane Bianche, in the province of Syracuse. An ideal location to live your dream holidays in every season of the year. Located in front of a suggestive beach, in summer it is the perfect environment to enjoy the sea, the sun and all the spectacle offered by Sicilian nature. A place that takes on enchanting contours and full of charm, to spend your moments of relaxation and leisure in all serenity. 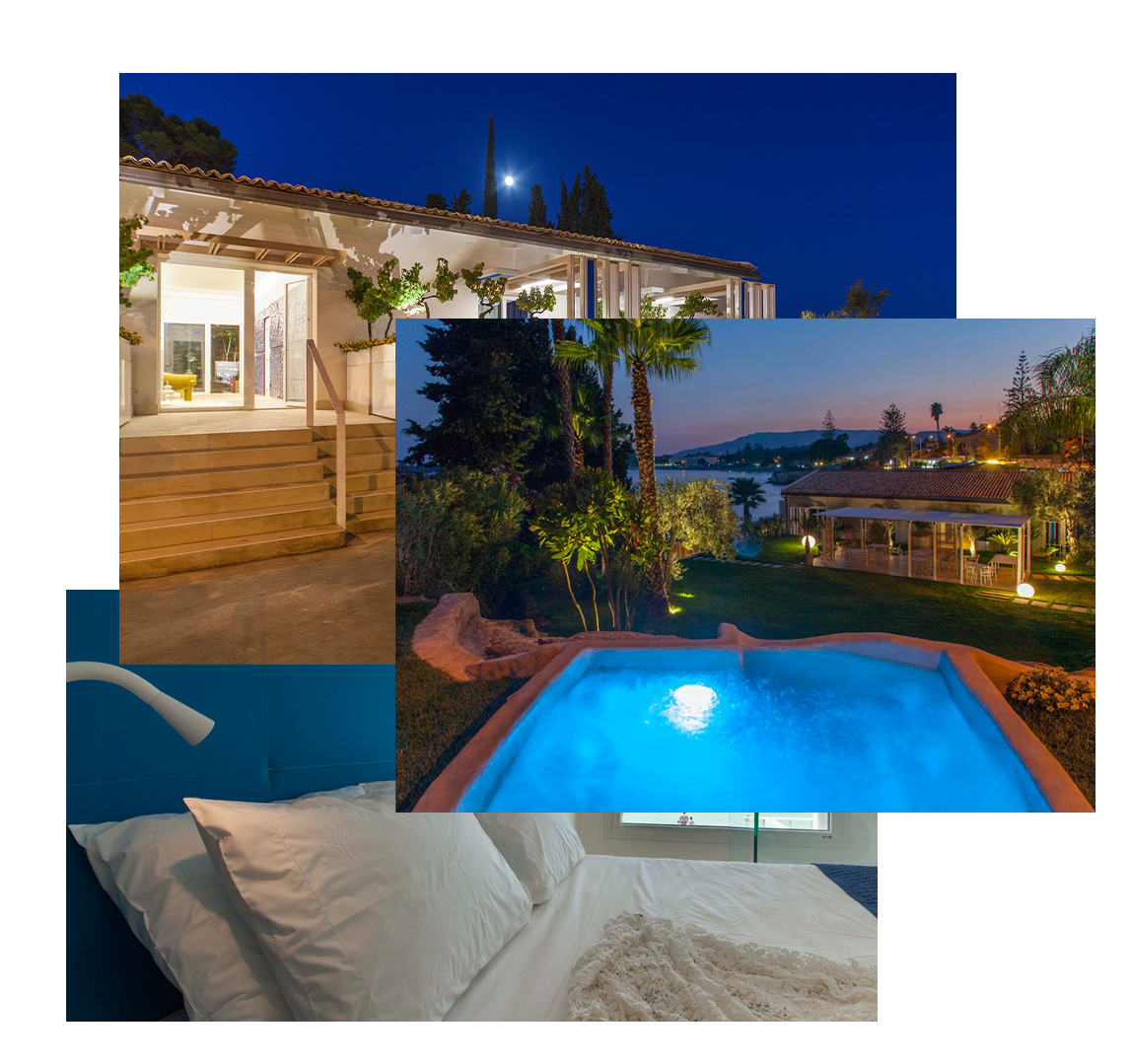 Elegantly furnished, full of lovely details, spacious and equipped with beautiful furniture and accessories, all our rooms offer our guests a pleasant feeling of comfort. The ideal location for entertainment or relaxation. From the terraces you can admire the stunning views of the beach or the garden.

We always try to offer the highest quality, to make your stay at Calapetra Resort a comfortable and unique experience.

HOW TO REACH US

From Catania airport (71 km, time approximately 45 minutes): • From Catania Airport take the highway (A18 / E45) towards Syracuse (it takes about 35 minutes to reach Syracuse, 56 km); • Do not exit at Syracuse, but continue for another 10 km approximately, until the Cassibile junction; • From the Cassibile junction, exit the highway and continue on the SS115 (Via Elorina sud), until you reach Fontane Bianche in viale dei Lidi.

From Palermo airport (272 km, time 3 hours and 15 minutes approximately): • From Palermo Airport take the highway (A19) towards Catania (it takes about 2 hours and 30 minutes to reach Catania, 211 km); • Do not exit at Syracuse, but continue for another 10 km approximately, until the Cassibile junction; • From the Cassibile junction, exit the highway and continue on the SS115 (Via Elorina sud), until you reach Fontane Bianche in viale dei Lidi.

Places not to be missed

A few meters from Cassibile, the town where the Armistice of 1943 was signed, from Fontane Bianche you can easily reach the most famous tourist destinations such as the picturesque village of Marzamemi, a meeting place for nightlife and great culinary traditions based on fish, the reserve of Vendicari and the beach of Calamosche, Portopalo di Capo Passero, Pozzallo, as well as the most famous baroque cities named by UNESCO as World Heritage Sites such as Noto, Modica, Ragusa, Palazzolo Acreide, Syracuse.

Overlooking the Ionian Sea, in the province of Syracuse, Fontane Bianche is located on the east coast of Sicily, between wild cliffs and white sand beaches. The town takes its name from the numerous fresh water springs that flow from the white rocky ridges adjacent to the beach. The place is appreciated by residents, tourists, entrepreneurs or simply people passing by for the beauty of its sandy beach, a coast of about 1,200 meters.